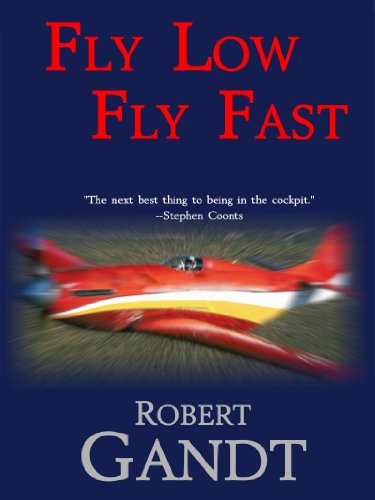 In Fly Low, Fly Fast, Robert Gandt takes us into the high-risk world of airplane racing, chronicling the Unlimited championships at the Reno Air Races, attended every year by more than 100,000 spectators and featured on scores of web sites. Flying wingtip to wingtip around pylons at 500 mph, just feet above the sagebrush, Reno's killing machines are piloted by an adrenaline-addicted, type-A elite whose big talent and big egos spawn a hundred stories. With the same vivid reportage of his Bogeys and Bandits --"about as close as you can get (to the cockpit) without arming the ejection seat," said the San Diego Union-Tribune--Gandt traces the history of this exhilarating but often deadly sport. He follows the evolution of competition planes from the 1930s custom exotics to today's big, throaty warbirds like the Mustang and Bearcat, still the fastest piston-engine planes ever built. Gandt also looks at the evolution of the pilots from famous laconic old-time air cowboys to the younger, slicker hot shots, the jet-fighter-trained "top guns."

Fly Low, Fly Fast ignites with fierce rivalries, the struggles to keep the vintage warbirds flying, the heart-stopping drama of the races themselves...with winners, losers, close calls, spectacular crashes, and glorious victories. It's a book for aviation buffs, armchair adventurers and anyone fascinated by the passions that drive men and women to test their limits--and risk their lives--in the quest for speed.