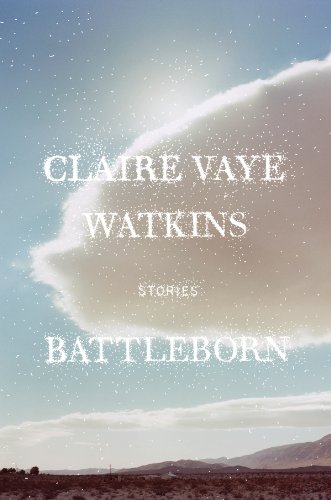 The extraordinary debut collection from the Guggenheim Award-winning author of the forthcoming Gold Fame Citrus   Winner of the 2012 Story Prize Recipient of the American Academy of Arts and Letters 2013 Rosenthal Family Foundation Award Named one of the National Book Foundation's "5 Under 35" fiction writers of 2012 Winner of New York Public Library Young Lions Fiction Award NPR Best Short Story Collections of 2012 A Boston Globe, San Francisco Chronicle, and Time Out New York Best Book of the year, and more . . . Like the work of Cormac McCarthy, Denis Johnson, Richard Ford, and Annie Proulx, Battleborn represents a near-perfect confluence of sensibility and setting, and the introduction of an exceptionally powerful and original literary voice. In each of these ten unforgettable stories, Claire Vaye Watkins writes her way fearlessly into the mythology of the American West, utterly reimagining it. Her characters orbit around the region's vast spaces, winning redemption despite - and often because of - the hardship and violence they endure. The arrival of a foreigner transforms the exchange of eroticism and emotion at a prostitution ranch. A prospecting hermit discovers the limits of his rugged individualism when he tries to rescue an abused teenager. Decades after she led her best friend into a degrading encounter in a Vegas hotel room, a woman feels the aftershock. Most bravely of all, Watkins takes on – and reinvents – her own troubled legacy in a story that emerges from the mayhem and destruction of Helter Skelter. Arcing from the sweeping and sublime to the minute and personal, from Gold Rush to ghost town to desert to brothel, the collection echoes not only in its title but also in its fierce, undefeated spirit the motto of her home state.