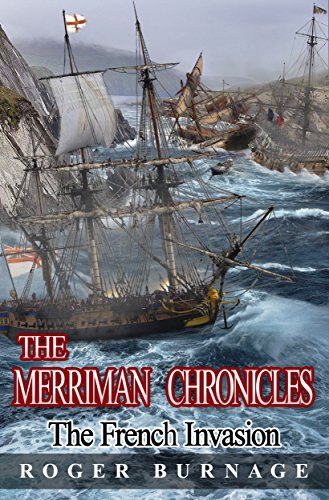 Recalled home from the West Indies, Lieutenant James Merriman is promoted to the rank of Post Captain and given command of the frigate ‘Lord Stevenage.’ It is known that the French are amassing an army and a fleet to invade Ireland and join with Irish rebels. If it succeeds then England will be ringed by enemy countries under the control of Napoleon Bonaparte, and only the navy stands between France and England.

Once again Merriman is involved in the murky world of secret agents with English spymaster Mr Grahame, a man he knows well, to find out what they can about the French plans in Ireland where Merriman’s old enemy Moreau, a French agent, appears once more. This is a rousing story about murder, fights with the French at sea and ashore with the background of the real French invasion of Ireland which was attempted but failed.