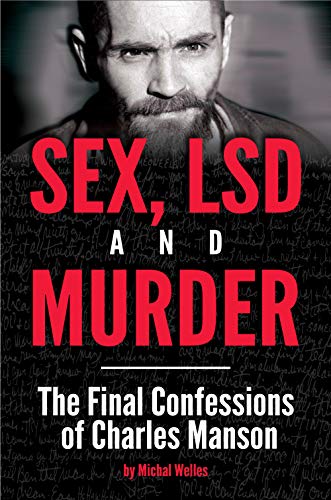 Journalist Michal Welles had a simple assignment; write a story about "The Most Dangerous Man Alive", convicted mass murderer Charles Manson. What started as one page letter to Manson, an inmate at California's Corcoran Prison, led Michal on a 30 year journey down the rabbit hole and into a world of psychedelia, Hollywood sex orgies and one of the most mysterious and notorious murder sprees in all of history. During this time, never would she believe that this "monster" would heal one of her darkest secrets or that she would build such an intimate friendship with the persona of pure evil. Over the course of three decades, Michal collected many sentiments in the form of letters, poems, artwork, photos and more. She is also one of only a handful of people who ever interviewed Charles Manson from behind bars, an opportunity many journalists would KILL for. Along with Manson, she also interviewed members of the Manson Family such as Lynette "Squeaky" Fromme and Sandra "Blue" Good. All accounts are in the book to give the reader an honest, unbiased look at Charles Manson and the Manson Family. The media has painted a picture of Manson and his followers in a certain artificial light. For the present and future generations of those curious about discovering the truth about Charles Manson, this book serves as a genuine, natural light.